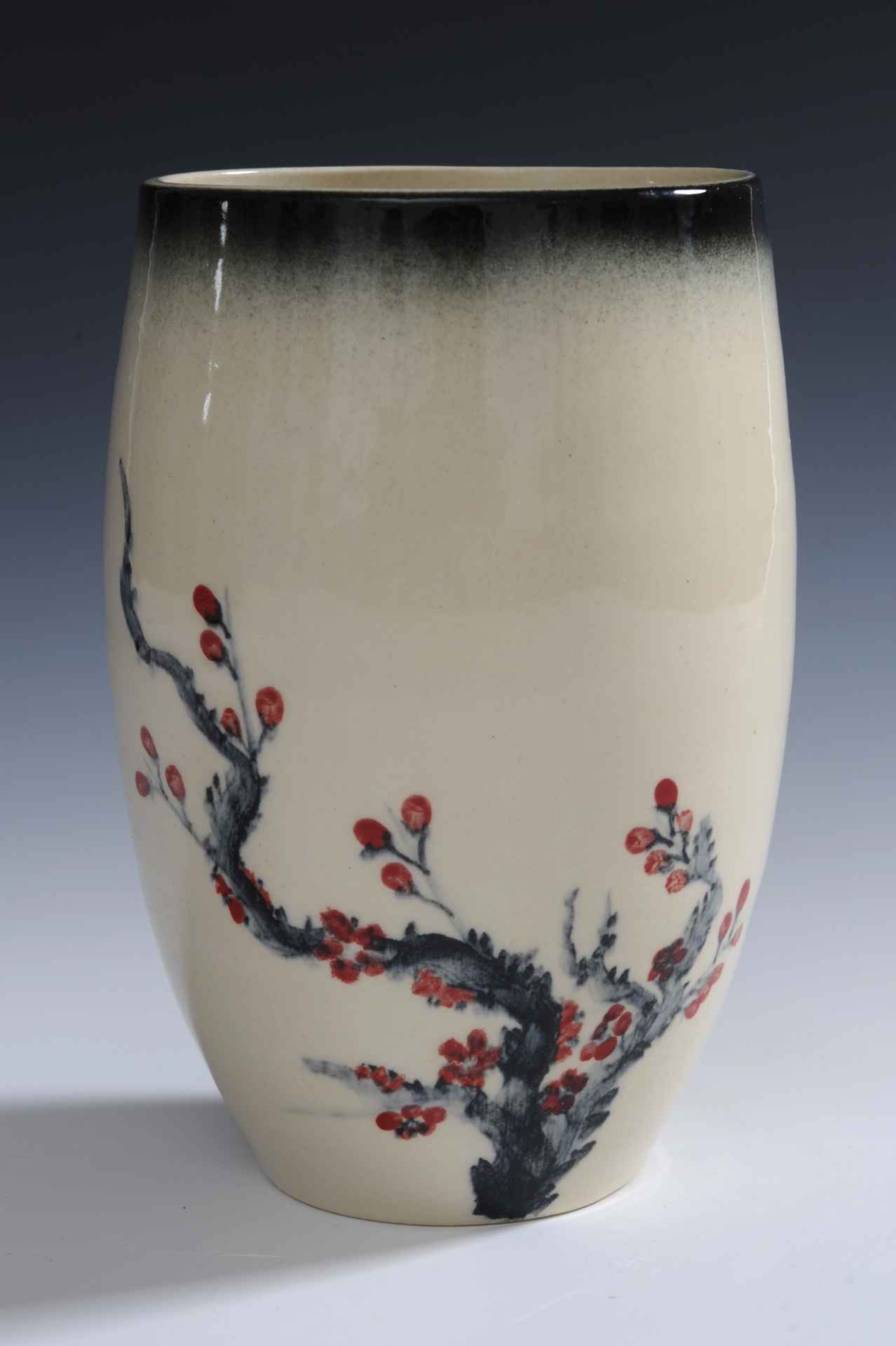 Pat Marsello lives and works in the North Valley of Albuquerque New Mexico.  She has been a professional potter and brushwork painter since 1993.  She works primarily with stoneware and porcelain, but also combines other materials, such as wood, metal and paper into her pieces.  Her training began in 1978 with a series of workshops on Chinese Brushwork in New Hampshire, and continued with two other teachers over a period of ten years. She also studied in China under the master painter, Ning Yeh.  Her ceramics training was with Lou D’Amico in Albuquerque, starting in 1990.  Today, Pat teaches brushwork and clay to a number of students every spring and has done workshops at the Georgia O’Keefe Museum, Ghost Ranch, and the Maxwell Museum.  She has participated in national wholesale and retail shows over the years, including the New Mexico Arts and Crafts Fair, Scottsdale Arts Festival, the Baltimore ACC show and Weems Artfest.  She shows her work in a variety of galleries all over the United States, and has won several awards, including first place at the Santa Fe Challenge Fair, Grand Prize at the New Mexico Arts and Crafts Fair, and an article featuring her work in Ceramics Monthly.

The Art of Brushwork is comprised of three elements.  The brush is a magician’s wand, and if handled correctly, can create a world out of thin air.  The ink is the blood; it holds the possibility of Ch’I yun, or the living spirit of a painting.  And the paper is the skin, the texture that accepts the ink and absorbs the energy of the brush.  It is the dance between these three, the brush, the ink and the paper guided by the hand and the heart that makes brushwork.

As a potter I combine clay, paper and wood together to create a canvas for brushwork.  Whether it becomes a two-dimensional wall scroll, a piece of functional pottery or a clay sculpture, I try to keep the same theme in mind.  Basic materials and mindful strokes, efficient, but never lacking, deliberate yet also spontaneous.  These are the elements of art that are important to me.  Reducing every part of a piece down to its simplest form.  For in it’s simplicity is the beauty of its essence.  It is this quality I try to create in every piece.