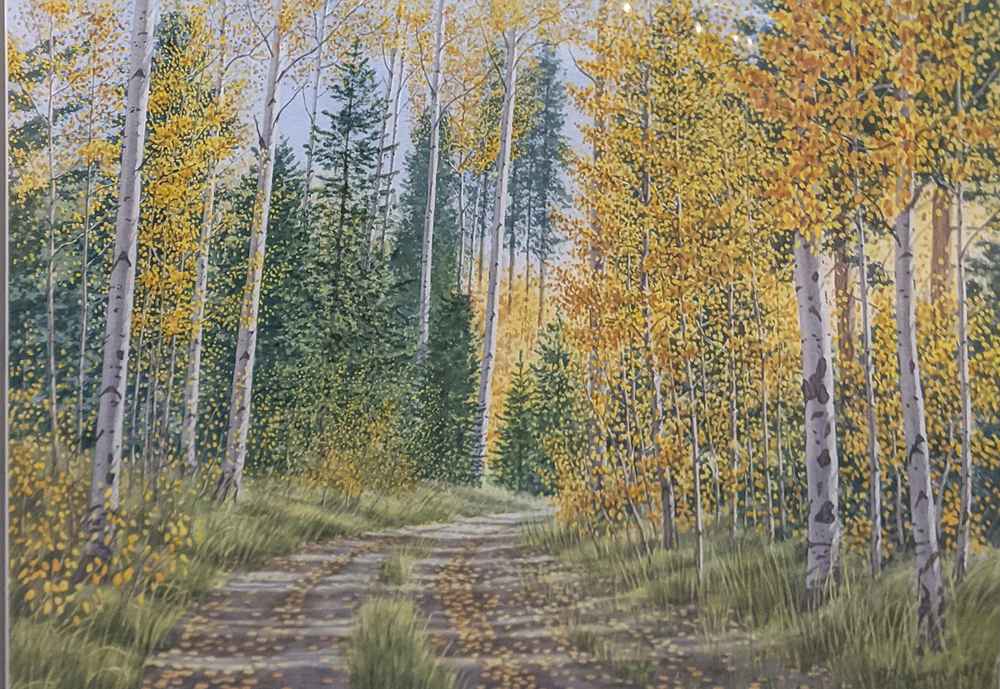 Born in Ohio and educated at the Ohio State University, Stouffer’s early professional career was in book design and production management.  His first years in New Mexico were spent at the University of New Mexico Press.  During that time, lured by the mystique and beauty of the land, he began painting.  He eventually turned his part-time painting into successes in local and regional art events and in 1979, he left the Press and became a full-time artist.

Since that time, Stouffer has built an impressive list of credentials.  His work has been shown in several museums and is in corporate collections throughout the county.  He has won over 60 national and regional awards along the way, some in such prominent competitions as Watercolor USA, Rocky Mountain National and Arts for the Parks.

Stouffer has been a strong supporter of the National Park System and his work reflects this.  Many of his favorite subjects include the Grand Canyon, White Sands and the Grand Tetons.

His work has been accepted eight times in the prestigious Arts for the Parks “Top 100” traveling show.  In 2003, he won the Arts for the Parks Landscape Award; in 2004, the Region II Award; and in 2005 and 2006 the Mini 100 Region II Award.  In addition to exhibiting in most of the top art events in the Southwest, Stouffer has been a board member and juror for several shows.  He is currently a member of Rocky mountain National Watermedia Society and Watercolor USA Honor Society and is listed in Who’s Who in American Art and Who’s Who in the West.  His work has also been featured in various newspaper and magazine articles, including Watercolor Quarterly, Southwest Art and Watercolor Magic.

In 2010, The Albuquerque Art Business Association designated him a “Local Treasure”.  Also, he was named “Top Artist” in the Albuquerque Journal’s Readers’ Choice Awards for 2018,2019 and 2020.